I spent a few minutes trying to come up with a more clever title for this post but figure it pretty much speaks for itself. Whether you’ve been there on your honeymoon or for a study-abroad term, if you backpacked-it in a hostel or lived it up at George V, even if it was one of those horrid if-this-is-Tuesday-it-must-be-Belgium “highlights of Europe” tours–there’s surely a buzz of delightful nostalgia that hits you at the mention of Paris.

Or maybe you have yet to step foot in the City of Light. Opportunities abound for virtual visits, from Funny Face (check out this great clip from the film) to Midnight in Paris, A Moveable Feast

to Paris to the Moon

. Of all the cities on the globe, I have a hard time imagining one with which people feel more of a connection, a link of some kind, whether direct or in imagination alone, than Paris. 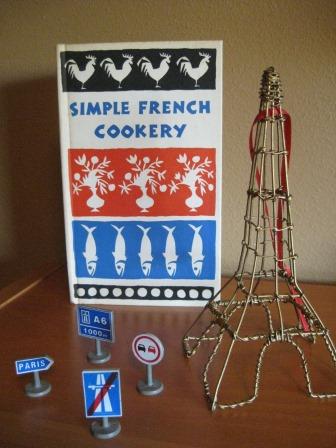 It’s where I’m heading on Saturday. Not just for a little vacation, not passing through for a few days. A month. In an apartment. For a whole range of reasons but mostly because it’s going to feed my soul a bit. If I had a euro for every time someone has said to me in the past couple of months, “That’s my dream! You’re doing what I’ve always wanted to do!” it would certainly help defray the costs of the trip. And sure, I’m willing to be the vehicle through which others channel inspiration to check that item off their bucket list. Indeed this has been on my wish list for the past few years. But it’s actually going to be one of the shorter durations for my time in the city. I’ve been very fortunate to have spent a lot of time in France over the past few decades, much of that time in Paris, including two college study-abroad programs and studying/working at La Varenne cooking school. Most of that time was concentrated in the mid-80s to the mid-90s. In the past 15 years, I’ve been to Paris just a half-dozen times maybe, not more than a few days each trip.

So I’m returning to Paris to reintroduce myself to the city. To shake off the Type-A compulsion to tackle Paris with gusto when time’s short on a brief visit, a guidebook in one hand and camera in the other. I plan to walk the streets slowly, to breathe deep, look around, explore without an agenda aside from just following the rhythms and inspirations of the city. I plan to eat well but not grandly, at bistros and wine bars, shopping the street markets. I plan to write, every day, unencumbered by assignment or deadline or any preconceived plan. I plan to explore every street of the Marais district where I’ll be staying and nearby hip-and-arty neighborhoods I’ve been hearing about.

I plan to get to know parts of the city I’ve rarely visited, giving the 5th/6th/7th arrondissements I know so well a bit of a break. Yes, it’s true, I will revisit some old haunts; I’m a hard-core nostalgic at heart. And retracing steps will surely unearth memories that I’d love to capture in writing when they come back to life. Like up on the quiet Rue de Trois Frères in the Sacre Coeur neighborhood where I had the tiniest of studio apartments with a peek-a-boo view of the Eiffel Tower and 2-burner hot plate and loved every moment of it. Or that path between St. Sulpice and La Varenne’s original home on Rue St Dominique, a path I walked daily for a few months from my rented room to school and back. It was my first real-world example of that French “paradox”: I actually lost weight those months despite indulging in whatever the class had cooked each day, with the main meal at midday and regular doses of walking. How could I not love France after that core dicovery? It’s healthy to live like the French. 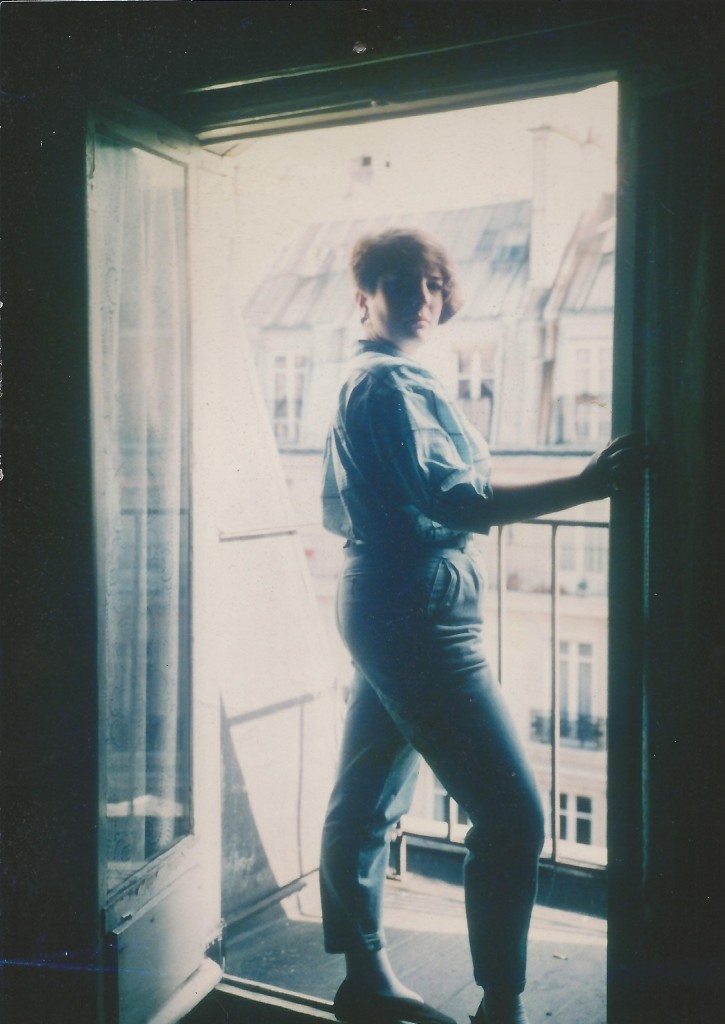 Aside from that 5 or 6 months in the Sacre Coeur apartment, by far most of my time in Paris has been spent on the Left Bank. Which is why for this trip I’ve based myself on the Right. In the heart of the Marais, just blocks from Place Vosges and in a district that’s rich with art/food/culture/shopping to explore. Oh, I’ve wandered through a few times over the years, hit the Picasso Museum (which is sadly closed until later in the summer), marveled at the interesting cohabitation of Jewish and gay cultures in this area, knishes on one corner, rainbow flags on the next. But it’s been a couple decades and I know the neighborhood’s evolved, becoming even more diverse and interesting. Paris is an ancient city and in many ways presents itself as timeless. But I know it’s also going to feel different after I dive back in.

So, I’m going back to some early roots. My first trip was 1984, college, excited beyond imagination to be in Paris with fellow students for a month and enjoy a pleasure as simple as a ham and cheese sandwich on the street corner. And there have been countless meals, experiences and adventures that followed. The most luxe of which was staying in a mind-boggling suite at the Hotel Bristol on a work trip when they’d lost our reservations…. From platters of couscous in the Latin Quarter to 3-star meals on the Place de la Madeleine. I’ve lived many important moments of my life there. I can’t wait to return, feeling less like a tourist and more like a longtime acquaintance who’s just not been around much lately.

And just being. I ran into a friend recently and told her of the trip, she responded excitedly, “are you going for work? or just for being there?” The latter, to be sure. The former will be accomplished too. But just to BE in Paris, that’s why I’m going. And this is fair warning that my missives here, on Twitter, on Facebook, will be rather French-centric for the coming month. I hope you won’t mind.