Crab: 50 Recipes with a Fresh Taste of the Sea from the Pacific, Atlantic and Gulf Coasts; Sasquatch Books, 2016 [author]

Released late 2016, this is my eleventh solo cookbook, featuring delectable crab. While I’m certainly a Dungeness gal at heart thanks to my Northwest heritage, and a devotee of king and snow crabs from nearby Alaska, this book includes also blue crab and stone crab as well.

Oysters: Recipes that Bring Home a Taste of the Sea

This recent release explores this most beloved food in its Pacific coast waters, with 30+ recipes and information about why they grow so well in this region, how they’re grown and where, a look at oyster bars and what to drink with oysters.

The Photography of Modernist Cuisine

Modernist Cuisine: The Art and Science of Cooking

1001 Foods You Must Taste Before You Die

Brothers in the Kitchen

Rover’s: Recipes from Seattle’s Chef in the Hat

Celebrate The Rain: Cooking With The Fresh And Abundant Flavors Of The Pacific Northwest 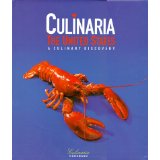 The Herb and Spice Handbook