A friend nailed it in a recent email, lamenting how hard it is to coordinate our work schedules to plan a group trip… “Why can’t we all just be independently wealthy and travel the world at our leisure?”

Yes! Why not, indeed. It’s almost enough to make me buy a lottery ticket now and then (someone does win, right?!).

I can understand logically why some people don’t like to travel, or don’t even like the idea of it, preferring to stay close to home most of their lives. Cost, discomfort, unfamiliar foods/language/customs (even within the US), comfort zone blown out of the water, no 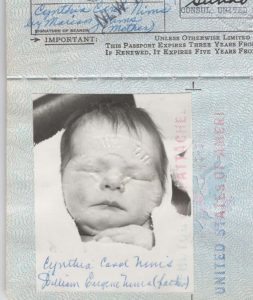 t sleeping in their own bed, stress, concerned how they’ll get around in a new city/country. Sure, that makes sense.

But on an emotional level, I just don’t get it at all. Travel fans understand; it would take pages to list all the benefits we get. I think this is the crux: travel expands our minds and our palates, it makes this life’s experiences richer and deeper. While also helping us, with each return, to value and appreciate where it is we call home.

Last month’s trip to New Zealand capped off what was, for me, a particularly travel-heavy twelve months. It certainly wouldn’t register in the record books and I know folks who cover at least as many miles every year without blinking. But it stood out for me. Virginia/DC, Arkansas, France, Newport Beach, London, Vegas, Costa Rica, New York City and New Zealand. With reasons that included a wedding, conferences, a birthday, a memorial service, a tai chi retreat, a big anniversary and a post-major-surgery treat for myself. Oh, and Arkansas? A friend had a work project there for the summer and mentioned a spare room available in her rental house. I figured it was as good a time as any to make my first visit to that state (NW Arkansas is beautiful and Bentonville pretty cool, I look forward to getting back there). Heck, throw a house-warming party or put on a cool fundraising event, I might just hop on the plane to join you!

Independently wealthy, I definitely am not. Staying with friends, bargain VRBO spots and air miles applied to European flights helped immensely. And having clear life priorities doesn’t hurt. A bigger bank balance might mean our decades-old bathroom cabinets get an upgrade before the next trip. But until that time 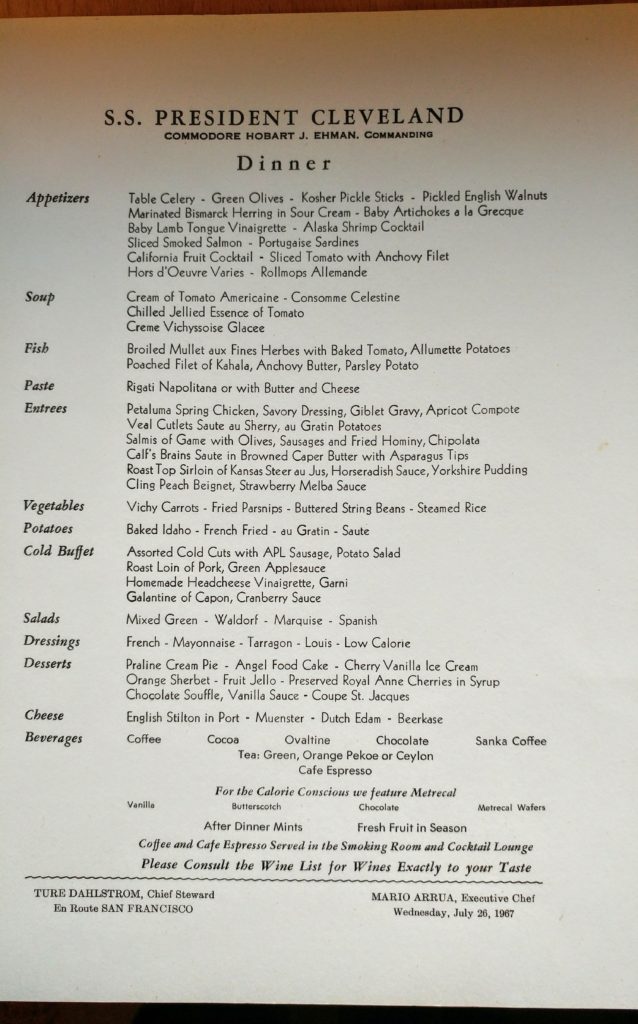 comes, I’ll probably opt for the trip first. Maybe I’ll just buy a can of paint for the cabinets.

As a Navy kid, you’d think I would have spent much of my childhood moving around, following Dad from one post to the next. But arriving shortly before his Navy retirement, I’m a rare ‘brat’ who spent her whole public education in one school district. Our vacations were backpacking in the Olympic Mountains, driving over the Cascades to Wenatchee and Leavenworth, trips north in British Columbia to Harrison Hot Springs or Victoria. I loved it all, though harbored some jealousy about friends going to Disneyland. I finally got that out of my system the summer before my last year of high school. And a couple years earlier, I’d flown to Illinois with my mom and sister to visit family.

I was, as it happens, born abroad, on the US Navy base in Yokosuka, Japan. Got my first passport at the age of one month, showing a height of 1 foot 7 1/2 inches and gray eyes that had not yet turned brown. Once that tour of duty was over, the family returned to Edmonds, Washington, where they’d been before heading to Japan, and Dad’s last duty was at Pier 91 in Seattle. The trip home was on the USS President Cleveland, one week sailing to Honolulu, part of a day there (us in the leis above), then about six days before docking in San Francisco. I really wish I had memories from that crossing. But I do have a few photos, and a handful of menus showcasing the grandeur of trans-oceanic travel. It’s a pretty sure bet that my love of a good sea day on a cruise ship reflects on that first trip I took, a longing to slip back in time to that style of voyage.

My first big trip abroad was without my family, a church bell choir tour in Great Britain while in high school. Lots of cathedrals, gorgeous countryside, wonderful home-stays, home-cooked meals, playing in old churches with gobs of character. I 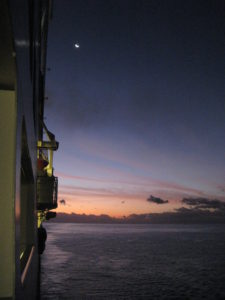 t was a very organized, scheduled trip, but it created some wonderful memories and the joy of travel quietly started setting root in me. Only a few years later, I’d be back to Europe for a month’s study-abroad program in Paris, at the end of which I popped back over to England and spent some time with the sweet man who’d been our tour bus driver. I have vivid recollection of sitting in his kitchen while his mom made her annual big batch of orange marmalade. I was still a pup as a traveler, but already understood that convening with locals in their homes, in their kitchens, absorbing food traditions can have profound and wonderful impact when on the road.

France changed my life, which is only a tad of exaggeration. That first month-long trip was just dipping my toe in the water. I returned for about five months the following year, in the group of students for the inaugural year of University of Puget Sound’s study-abroad program at the University of Dijon. And about four years after that, I was back again for what became a two and a half year stint, studying and working at La Varenne cooking school. Professionally, that progression lead me to the career I have in the world of food. Personally, living in France got into my bones and it came to feel almost like home. I say ‘almost’ because as dreamy as living the rest of my life in France may have seemed, both practically and emotionally, I knew it wasn’t in the cards. My heart was in Seattle, as was my future husband. Without regret, I packed up and headed back to the States, France forever a treasured home base that I return to as often as possible.

Even as a kid I r 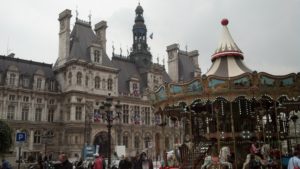 emember feeling a bit out of synch with my family, a Navy kid who oddly hadn’t seen much of the world. I think that’s what originally fueled my interest in travel, catching up on what I missed. At this point, I have gotten to the severely-overcompensating phase. But I just can’t stop. And I see no reason to. Can’t fathom life without the joy, adventure, beauty and human connections that travel provides.

Now to think about where to go next……