I almost forgot that I’d contributed recipes to the June issue of Cooking Light. Some magazines, particularly the larger nationals like CL, have really long lead times for the articles. I’d turned those recipes in well over a year ago and moved on to many other things in the meantime. But when I flipped past page 87 and saw a lovely full-page photo of a lemon verbena gimlet 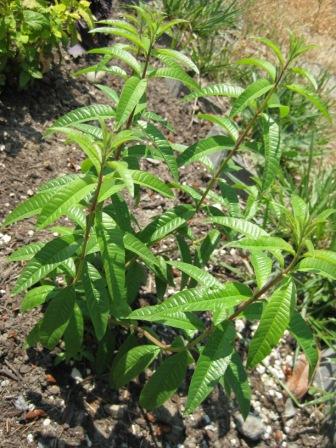 cocktail, my first thought was “wow, that sounds good right about now,” followed quickly by “hey, that sounds familiar!” A few other summer treats I concocted for that issue include the gingered blueberry shortcakes, arugula salad with chicken and apricots, and grilled flank steak tacos with avocado-lime salsa.

Much as I would have liked to whip up a lemon verbena gimlet right away, the recipe reminded me that my lemon verbena plant had not survived the extra-harsh winter we’d had in Seattle. A matter of days later, I’d rectified that with addition of a new lemon verbena plant, along with lemon balm, chervil, purple sage and a few other items I couldn’t resist. Is it EVER possible to go to the garden store and leave only with the items on one’s list? 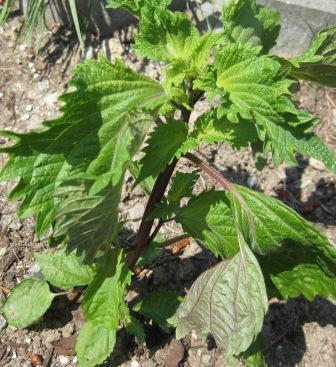 Since then I’ve had shiso on my mind. Also known as perilla (though I’ve only ever known it to be called shiso), this distinctive herb is part of the mint family but has a much more complex flavor than any mint you may have tasted. Imagine mint blended with basil and a touch of anise and sweet grass….. For the cooking class I taught on Orcas early June, I’d done a recipe from my Crab

And for a current project, for which I’m editing and testing many recipes from Seattle-area chefs who are participating in the next volume of Celebrated Chefs, shiso has come up a couple of times. One in a cucumber salad served with black cod from Jerry Traunfeld at Poppy, and another in a nectarine sauce served with mushroom-stuffed rabbit saddle from Bruce Naftaly at Le Gourmand. Shiso seems to be the herb of the moment, at least in my little world. Now I’m inspired to experiment with a cucumber-shiso 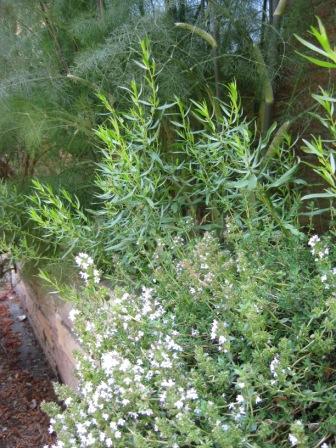 combo in a cocktail, may try that later today with some vodka and a splash of sake.

On my way home from Orcas I stopped at the amazing Christianson’s Nursery between La Conner and Mount Vernon. The shopkeeper at Neston Orcas had kindly clued me in to this glorious plant emporium when I inquired of her whether she’d ever seen shiso plants available in garden retail for the home garden. She made a quick call to Christianson’s and found out that not only did they have shiso, but carried both the green and red varieties. This is the most vast, lush, diverse, and inspiring nursery I’d ever been to. Part of me was sorry that I had only a bit of time to spend here, anxious to get back home before the crush of afternoon rush hour. The other part of me was happy about it, knowing every extra 10 minutes of looking around would add another $50 worth of plants to my bounty.

I did, of course, leave with more than just the shiso. One lime basil, some flat-leaf parsley, starts of peppery greens, a couple types of chiles (Lemon Drop and Cheyenne), and some floral picks to replant in a couple containers. I don’t have a big garden by any means, but I do thrill at what I am able to cultivate from my own little slice of urban farmland! In cocktails, salads, desserts, iced tea, maybe even a batch or two of ice cream — I sure am going to have fun playing around with these new herbs this summer. 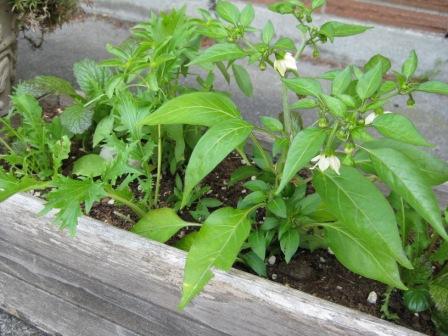