It was our second or third morning in Zurich, in the breakfast room just off the lobby of the hotel where we were staying. A gentleman at a 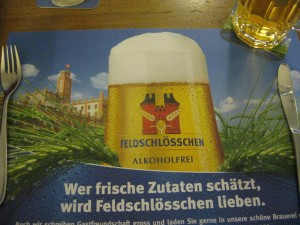 table near me tried to tell the server that the used plate and coffee cup on his table were not his and should be taken away, that he’d just sat down. When she didn’t understand he simply repeated it, again, in English, sounding exasperated. She again seemed to understand just the opposite, “I’m not done yet” or “my wife will be right back,” and simply walked away. I’d been in the same situation a few minutes earlier, but a few simple hand gestures and conveying the same thing with a smile and a nod got my table cleared and reset without a problem.

That morning served as a simple reminder to me that an awful lot of communicating can happen with little or no vocabulary shared between the folks so engaged. And it’s something I manage to forget myself when I get caught up in trying to pack my brain with “[fill in the blank] Language 101” before a trip.

Last month, for example, we were in Amsterdam for six days and knowing not a word of Dutch, I downloaded an audio course to 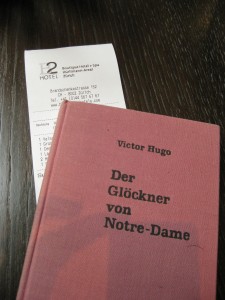 cram in the weeks prior. It was a little ridiculous. The first couple lessons went over and over a dialogue that didn’t get far beyond “Do you speak English/Dutch? No, I don’t/Yes, I do. Great, have a wonderful day.” So much for, “how much does this cost?” and “where is the museum” and “I like my martini dry, with olives.” The really important stuff I’d want to be using. Then I caught this cool tourism promo video from Amsterdam, noting that everyone there speaks English, and went back to listening to my audio book instead. I’d tried the same for Swedish a few years back before a trip to Stockholm, that language extra-foreign to this ear tuned to Romance languages; I contented myself with having learned “tack” (thank you), comforted again to know so many Swedes are fluent in English.

I was a bit more nervous about our four days in Zurich, in the north of Switzerland solidly in the German-speaking territory. I know very little German, aside from wie gehts and a phrase that I learned in high school from friends taking German and was TOLD meant “my name is Cynthia,” but in fact had me telling others from the German class that Cynthia has to go to the bathroom. (I eventually forgave them.) For better or worse, by far most of my time abroad has been in France and I speak that language, majored in it in college, lived there for a few years. It makes traveling in France so easy that I fret about being in other countries where I don’t share a language with the restaurant staff or train conductors or shopkeepers. And it makes being the traveler having to ask if folks 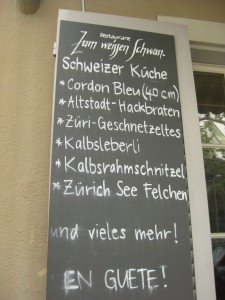 speak English, or if there’s an English copy of the menu, really frustrating.

In the end, all worked out just fine. It’s not like we were off in some remote region of the world, Zurich such an important center of business (and an extraordinarily expensive one at that!) of course English was quite commonly spoken, at least enough to get by. Some restaurants we went to had English menus. A couple others didn’t but folks were very kind about walking through the high points of menu items to help us make choices. I’d thought my French might come in handy now and then, since it is one of three official languages of the country, but linguistic lines of demarcation seem pretty strong and I was just too far north for that! Occasionally we had to work things out together, like one of the ice cream flavors, zimt, a spice, brown, hard, like a stick… “ah, cinnamon” I said as she nodded. We didn’t buy a train ticket to the wrong city or accidentally order fermented duck elbows for dinner.

All in all, whether I know a phrase or two or not even that, travel around Europe had been trouble-free regardless of shared language. Though it’ll still irk me personally to not have at least a few conversational/travel items under my belt as at least a courtesy. But in the next year or two I hope to get to Japan, where I was born but haven’t been since the age of three. Will that be a different story? Perhaps not. Gestures, nodding, smiling, pointing–it’s all part of our international vocabulary.