I had a punderful time last weekend, arriving late Saturday morning at the Good Shepherd Center in Wallingford just as folks were 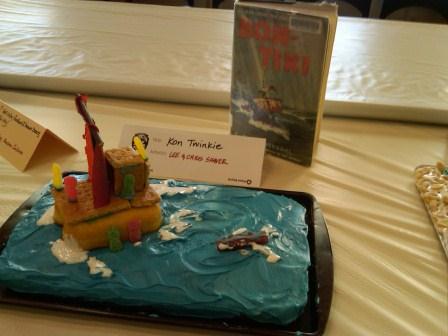 showing up with their entries for the 7th annual Seattle Edible Book Festival. I’d heard about the festival a couple of years ago, seen the Flickr postings of entries from years past, some of which you can see here. Out of the blue a couple months ago, I got an email inviting me to be a judge this year and I jumped at the chance. I was fascinated, inspired, amused and sometimes perplexed by the dozens of entries I saw last week. Felt even less well-read than I usually do when I realized how few of the books portrayed by the entries I was familiar with.

The festival is part of a larger worldwide Edible Books festival that sees events held around the world on — or around — April 1. It’s not the fool-ish ness of that day that inspires turning books into edible form. Instead it honors the birthday of the amazing Jean-Anthelme Brillat-Savarin. The man who wrote these oft-quoted words “Tell me what you eat and I will tell you what you are.” The Frenchman lived in France in the late 18th/early 19th century, a lawyer, philosopher, writer, politician and by all means gastronome. I remember reading his book The Physiology of Taste

, in college and being entranced by his deep and many-faceted perspectives on food, cooking, culture, eating well, all wrapped 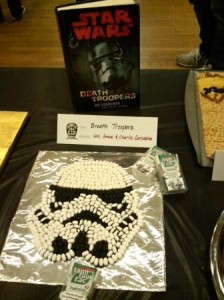 up in his keen form of observation and introspection. It’s been a number of years, I need to pull that volume (the best translation of which was surely that done by MFK Fisher around 1950 off the shelf and give it another read.

So, back to the Good Shepherd Center, I thought I’d share some of my favorites from the array of creative contributions last weekend. The category that I judged was “most delectably appetizing.” So I roamed the tables checking out the oeuvres that were constructed out of everything from jello and hot dogs to mini pies and peeps. Though the requirements for entry are that the materials used be edible, there is no absolute requirement that they be deliciously edible. Which is why the other judges are focused more on creative aspects than on culinary ones. One was focused on the punny attributes of the creation, another’s task was to find the 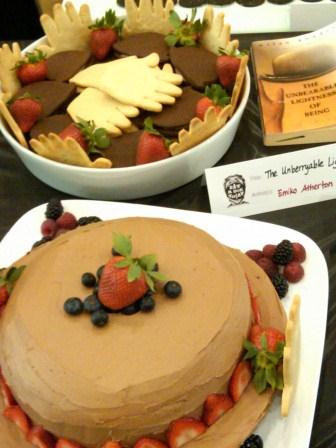 most drop-dead gorgeous, while a third looked after the entries of the K-12 set. We all had our work cut out for us!

In the end, I couldn’t resist giving the gold medal for most appetizing to The Unberryable Lightness of Being. A really well crafted bowler hat complete with cookie hands holding the brim at either side — the unberryable-ness emphasized with garnish of fresh berries. How delectable it — or any of the entries — was remained a mystery, I was making a purely visual judgement. But at the very end of the event, after the awards have been given out, there’s something of a free-for-all as folks are invited to dig in to their favorite creations. I did manage a portion of the winning cake in my category, a very good dense chocolate cake with particularly tasty chocolate frosting. But the time I made it over to the silver medal winner — Huckleberry Sinn — the lovely cheesecake topped with lush huckleberry jam — was a mere memory on its serving plate. And I’m sure quick work was made of clearing the Heart Full of Pies from the table.

Cheers to all the folks who put so much time into dreaming up, and bringing to life, such a phenomenal array of edible creations for the festival. Hope to make it back again next year. 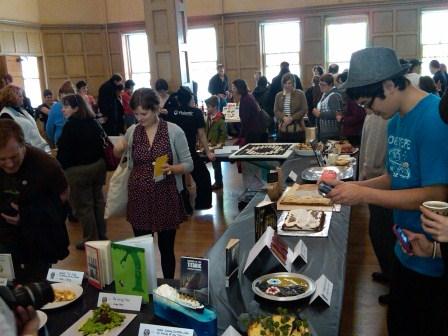 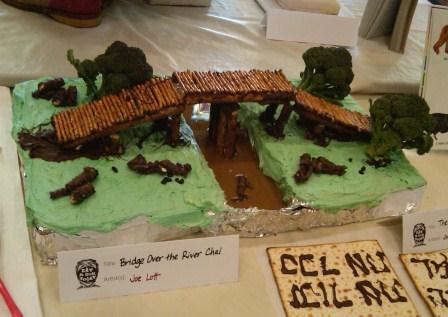 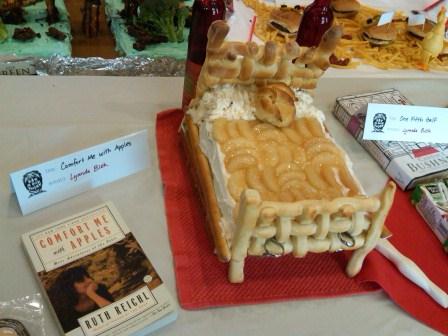