Do you remember back when we used to just go to a restaurant, enjoy a meal, pay our check and head home without much thought at all to the talent back in the kitchen making it all happen? I know, it’s hard to recall such a time. There are many influences that helped bring the phenomenon of the celebrity chef to life, but suffice it to say that more often than not we now know more about the people cooking our restaurant meals than we do about our own neighbors.

Where we are now is in the early years of the newest incarnation: the celebrity farmer. Whether diners are hoping to see “Billy’s Tomatoes” on a menu (as we did recently at Sitka & Spruce, served in utter, delicious simplicity) or stand 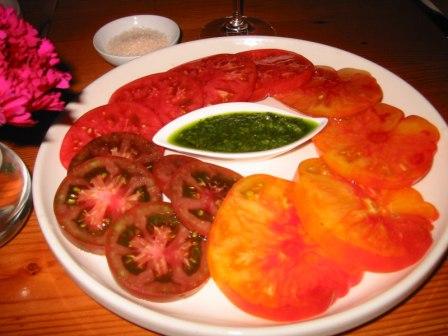 ready with their canvas bags, waiting for the market bell to ring the day’s opening so they can race to Rama Farm for amazing peaches or hit Whistling Train Farm before they run out of eggs. It may start with a love affair we develop for their products. But just as the separation between the front-of-the-house diners and the back-of-the-house chefs has found us yearning to get to know the people behind our meals, so has our love of certain ingredients made us want to learn more about the people on the other side of the farmers market stall. The farmers are becoming, more and more, the stars of the day. And it’s about time.

This is a phenomenon that many farmers are only slowly taking to. For my July article in Seattle Magazine, I met with and/or interviewed a number of Washington farmers who seem to begrudgingly be finding themselves in the spotlight. And drawn away from the farm. They clearly get a good dose of energy and satisfaction from interacting with shoppers at the markets, and making deliveries to restaurants, but most sounded as though they’d be just as content to be on their farms most of the times. 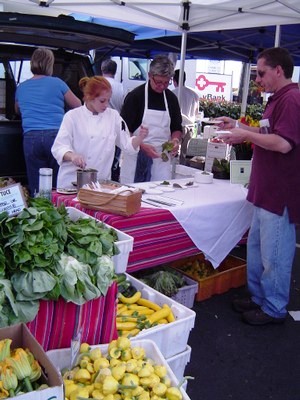 It’s one reason why the Incredible Feastevent around the corner (late afternoon of August 24 at Phinney Ridge Community Center) is such a treat. Sure there are top guest chefs from around the city, including John Sundstrom, Maria Hines, Holly Smith and Ethan Stowell. But it’s really the farmers who are the stars, each farm paired with a chef who will showcase the farmers products in delicious style.

On top of the great food and outstanding local products that are featured, there’s something of a carnival atmosphere at this down-home event, including games, live music and a wine and beer garden. A popular spot is always the balloon toss area. Take your chances, pop the right balloon and you may be going home with a restaurant gift certificate, a signed cookbook, outstanding local food products, you name it. Hope to see you there!!