This is a post I hesitate to start because, like gin in the previous post, salmon is a subject near and dear to my heart. It’s hard to not follow various tangents and tell lots of stories about my experiences with the glorious fish once I broach the 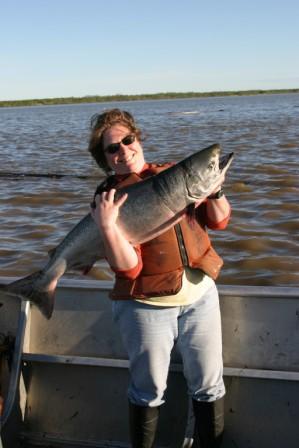 subject. I’ll take it as a personal challenge to try and keep this brief. More will surely follow.

First, in honor of Yukon River salmon season starting up soon, a few photos from my research trip up there in June of 2004, working on my Salmon

book in the Northwest Homegrown Cookbook Series. My great friend and photographer Scott Wellsandt (a colleague from the good ol’ days at Simply Seafood magazine) thankfully went along for the ride. Some of the shots ended up in The New York Times a couple of weeks later, no less, accompanying an article on Yukon salmon! Including this one of me holding a huge king just pulled from the water. I recall the Times caption credited me with catching the fish, flattering to say the least. In fact, this was caught by Alaska Fish and Game agents and 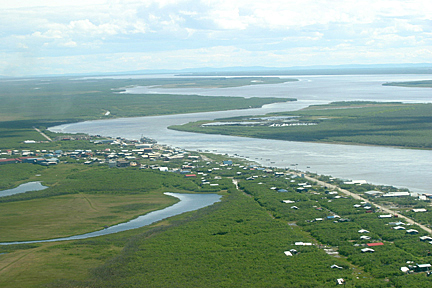 the fish was still alive, it was no small feat to not lose him. I think he was just a spot-catch to check for size or something, due to return to the water.

The small village of Emmonak is one of the commercial centers where area commercial harvest is processed. Don’t think “commercial harvest” means fishing fleets and big holds full of salmon. The fishing camps we visited were all small, rustic and wonderfully dynamic multi-generation family camps, living a culture of salmon fishing that is largely unchanged for countless years. Much of what they catch is subsistence supply that will feed them well into winter and early spring. Fish are filleted and trimmed with ulu knives, laid over wood rods to dry and then smoke in their custom smokehouses. 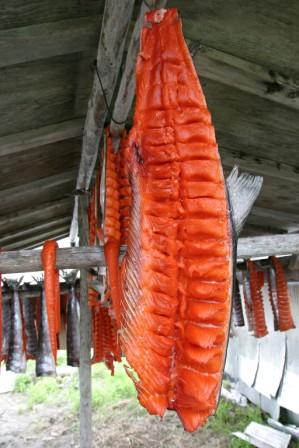 We’re due to be seeing Yukon keta salmon and kings beginning next week. It’s expected to be a lower than average season for kings, so availability may be limited. It’s mighty delicious eating though. The Yukon river is 2,000-plus miles long, much longer than the Copper River for instance, so those fish really need to have a full tank of fuel (in the form of their delicious fatty reserves) to make it back up the river. That fat translates into rich flavor, 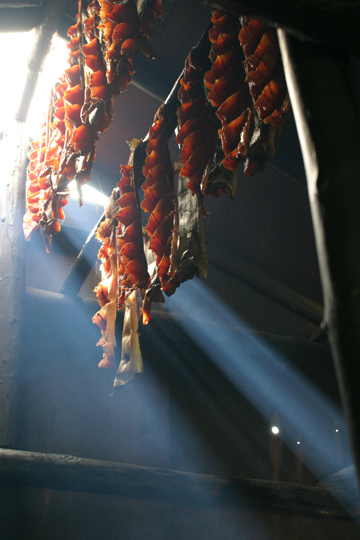 something Yukons have in abundance.

The folks at Seattle-based Marx Foods contacted me a few weeks ago asking permission to run a couple recipes from my book on their web site (which is in process now, hopefully they’ll be posted soon). But they did go ahead an cook up a few recipe for photos, which are already posted, what a treat it was so see them. They’re running a salmon recipe contest right now, deadline is June 20, so if you have a killer way you cook salmon, pass it along. The grand prize is hard to beat: 3 separate 5-pound deliveries of wild salmon, one each in July, August and September. Get cracking on polishing one of your best recipes! 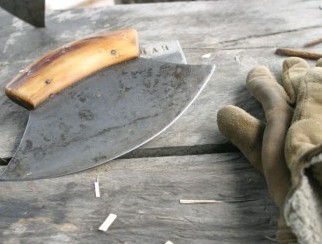