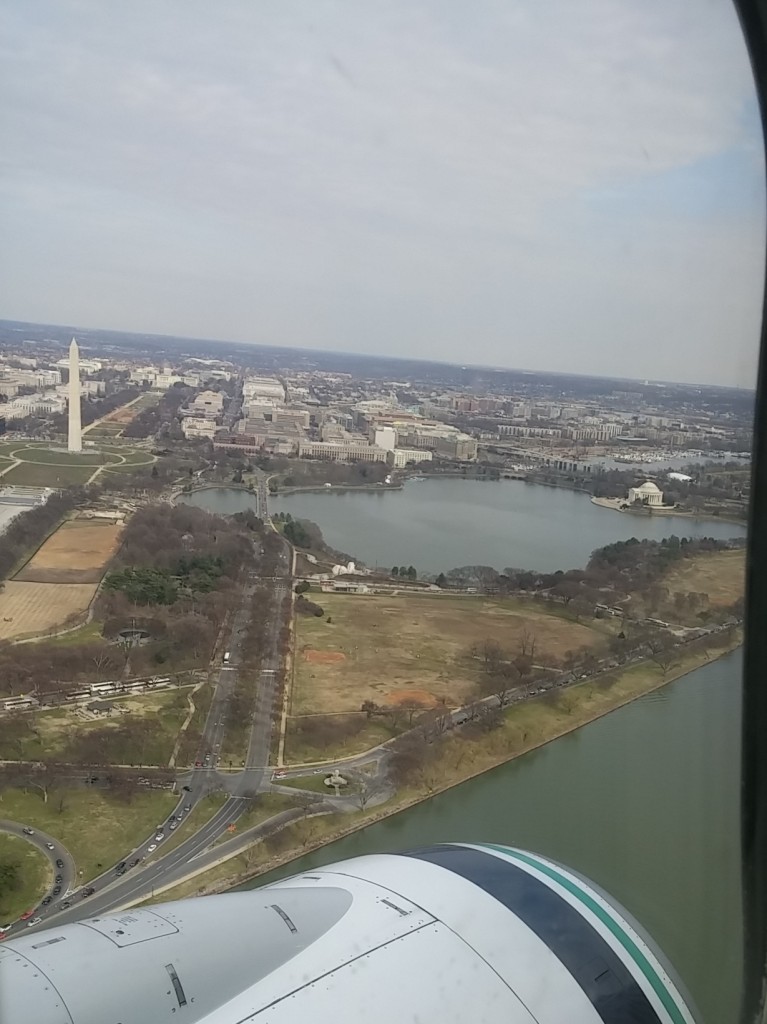 For over two decades, about this time each year I’ve packed up for a trip to some North American city for a conference that has been a big part of my career path since the days when I was still trying to figure out where that path might lead me. I happen to work in the world of food, maybe you’re in real estate or telecommunications or marketing. Most disciplines have similar annual gatherings for professionals that I can only hope are as inspiring and fulfilling as I find this meeting of the International Association of Culinary Professionals to be. It’s a yearly master class, summer camp, feast-fest, networking blitz, mentoring (sometimes therapy) session and cocktail party all rolled into one, exactly the shot in the arm I need on an annual basis.

This year’s conference wrapped up last week in Washington D.C., a city I was really happy to get back to. My husband and I have enjoyed a few great vacations there in the past five years, I’d gotten a lot of the basic  destinations checked off the list previously. Though I did squeeze in a quick visit to the National Archives Museum (for a peek at their current “Spirited Republic: Alcohol in American History” exhibit) and Hirshhorn Museum (because you can’t go wrong with modern art in my book) before flying out my last day in town.

With sightseeing sidelined, I had all my energy to focus on the conference agenda and time with colleagues and friends, it was glorious. Here are some highlights of the new information and compelling/motivating/inspiring ideas I came home with.

It seems pretty fitting that among the last things I wrote down in my conference notebook was “DON’T OVERTHINK!!!!!” Just like that, all caps, lots of exclamation marks. The few days were, as usual, packed with new motivations, inspirations from colleagues, hearing about cool projects that spur new ideas for myself, facts and figures that make me think differently about the world around me and how I want to move–and work–within it. But then I get home, get back in routine, think-think-think, make lists and plans, then shuffle them around on my desk until the power of their promise has faded. It can be a hard cycle to break, turning circumstantial inspiration into true and lasting action.

The unique dynamo that is José Andrés admitted to us that he hadn’t really sketched out a specific plan for his keynote presentation, which proved that he’s clearly a naturally gifted presenter and storyteller, plus that he was speaking from the heart, truly authentic. And it amplified the value of what he had to say. He started with a wonderful story of making paella with his family, noting that what’s in the pan is nothing without the fire below to fuel its cooking (ergo: find your fire and keep it going). And he wrapped up with the reflection that–after hearing our umpteenth round of applause–that clapping in agreement is one thing, but what’s going to make the world better is getting out of our chairs and doing something.

Fire and action. Literal, figurative, metaphoric, however you take those two words, they’re potent references to movement, development, change, inspiration. I’ll be holding them close and drawing from them to keep the energy from that conference alive in the months to come.