Finding that Career Path in Food

Long, long ago,  just a couple of years after having earned my degree in Mathematics from University of Puget Sound, I sat at the desk in my one-room apartment in Seattle and flipped a coin. I was filling out the application for a stagiaire position at the venerable La Varenne cooking 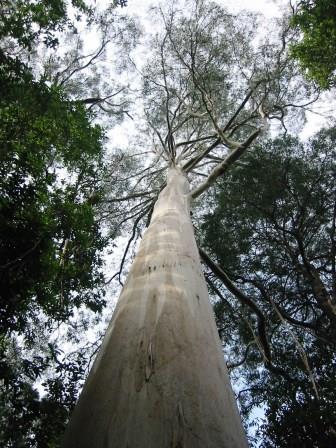 school in France, a more affordable work-study opportunity to study in France, which would have been impossible at full fare. There were two boxes at the top of the form, and I had to pick one: practical or editorial. Did I want to be working mostly in the kitchen with the chefs focused on class-related tasks or in the editorial realm, working on recipes, book projects, research, whatever else came up in that arena.

I had absolutely no idea.

All I knew is that I was at my limit of the highly-educated-receptionist phase of my life and ready for a new adventure, a new challenge. I loved cooking, had no hot job prospects, so figured if nothing else this would keep me busy for a spell, until I figured out my Big Career Goal.

So I flipped the coin, checked the “editorial” box and changed the course of my life (not bolt-of-lightening style, but over the next couple of years).

It’s not as though I hadn’t dabbled in the world of food and writing thus far. Summer and school vacations I worked at a catering company, which I really enjoyed on a creative level and found gratifying. And in college I took advantage of random opportunities to cook. I’d done some writing for the college paper, including a restaurant review (anyone remember the Honey from the Sky at Snoqualmie Falls Lodge?) and review of Seattle B&Bs. But all that just seemed like one-offs, interesting experiences, the stuff of hobbies and exploration.

Granted, I didn’t know much about cooking schools as I sat there. At that point I think I knew only one person who’d attended cooking school, Susan Herrmann Loomis, who I’d been working for part-time as an assistant. She’s the one who recommended La Varenne and clued me in about the stagiaire option, which she’d done herself earlier in life. The fact that she had become a full-time food writer was a dose of inspiration, no doubt, but it still seemed that the reason most folks went to cooking school was to becom

e a chef. Maybe a caterer. But definitely it was training for a full-time, hard-core commitment to the kitchen.

For a long time, I think that may have been true. The only reason to go to cooking school was to chef in a restaurant, hotel, club, private hyper-wealthy household, you name it. Food writing was done by home-economics grads. I imagine nutritionists focused on the core value of nutrients for clients’ needs, not ways to prepare it deliciously. Food styling was becoming a “thing” 4 or 5 decades ago but surely relegated to small pockets of production in an upper echelon of publications and marketing firms. And food stylists were most likely home-ec grads as well.

In hindsight, I realize diving into my time in France without preconceptions of it being a career launch was a huge benefit. I took things one day/week/month at a time, enjoying the moment, learning all I could, piling on the experiences without judgement of career-worthiness or fitting a long-term goal. When I landed back in Seattle two and a half years later I was, in spite of myself, on a path for which I just needed to start putting one foot in front of the other. I didn’t know where it would take me ultimately, but I knew well enough to not worry about that and just start moving.

First, it was a serendipitous meeting that gave me a lead on a job that would be my first magazine position: food editor at Simply Seafood magazine. Next was an informational interview with a local publisher that unexpectedly became a gig writing restaurant reviews for a guidebook and soon after, my first cookbook contract (Northwest Best Places Cookbook). Then came projects editing other peoples’ cookbooks, becoming food editor at Seattle Magazine, writing more of my own books, editing the Seattle Zagat guide, teaching classes, leading a couple private culinary tours in France. It felt like I never saw the long-term view of my path (i.e. couldn’t tell you what I’d be doing next year, let alone five years down the line) but I came to trust enough that the momentum fed itself and my progress continued forward, one or two steps at a time.

At some point, I’m not sure when exactly, came the interesting shift of not just forging my own path, but looking over my shoulder to those coming behind me and helping them find their way too. And it has come to be one of the most rewarding aspects of my work life. Sometimes it’s one-on-one with an assistant (usually a current culinary student) helping me with projects,when I’m able to share insights about writing cookbooks, testing recipes, establishing good work practices, figuring out career priorities and emphasizing the strengths we have to offer. I get a number of random emails from strangers asking for tips and advice for just getting started. Other times a more formal setting, often at a nearby cooking school, talking broadly about food careers with a group of folks planning to hit that trail themselves.

One such recent gathering was at the Seattle Culinary Academy, a sort of career day for those about to graduate or with just one quarter to go. A few representatives from local businesses were there to talk about career opportunities graduates might find. And I kicked things off with a discussion about career options beyond the traditional chef gigs. 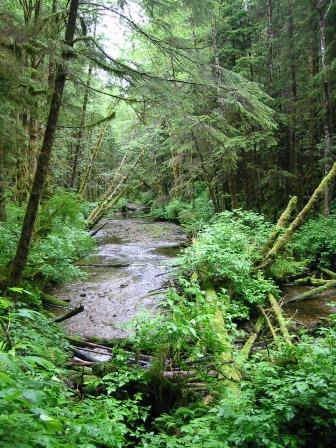 Here are some top-level ideas and recommendations I shared:

‣ Only a handful of professional food folks I know work in a stable, full-time position on a career path that hasn’t had twists and turns. As I’ve said countless times to people who’ve asked about what it takes to get into a food career like mine: I don’t think I could re-create my own random path even if I had left a trail of breadcrumbs. And it’s never a good idea to try retracing someone else’s journey. So much of building a career these days involves learning from others, certainly, but understanding there’s no shortcut, no easy answer. You’re still going to have to navigate your own way based on your skills, priorities, contacts and experiences. Know that going in.

‣ Consider other things in your life that you find gratifying, that you’re good at, that make you happy. There’s a good bet that you can find a food-related connection that can serve as a starting point to narrowing down your search. In her intro to the outstanding resource Great Food Jobs 2

, Irena Chalmers mentions students she’s interacted with at the Culinary Institute of America: an avid cyclist, a guitar player and a shopping fiend. With her input they’ve gone on to become a food columnist for a biking magazine, a personal chef to a rock band and a prop stylist who shops endlessly for items used in food photography shoots. For me, a love of France, study of the French language and experience in that country during college helped focus me on at least starting my food journey there.

‣ Engage with other people all along the way. I cannot say how many times in my life an important and career-altering opportunity came up from an unlikely or unexpected connection I made with someone along the way. Some of it has been formal, by way of culinary organizations and the like. But others have been more random, a friend of a friend who happened to have heard about a job opportunity or an interesting person I should meet. I’m am a huge believer in the power of serendipity, which has no chance of happening if you don’t get out there and interact with folks to help set the stage for great things to happen.

‣ Be really honest with yourself about the best work environment for you. Are you a highly motivated solo player or prefer to work with a team? Can you handle a setting that relies on self-direction or is it best for you to work within established structures? Skill set alone isn’t enough to make someone a good match for a particular job. I learned early on that I don’t have the right type of drive and personality to be a restaurant chef, though I like to think I’ve got the cooking chops to have been able to succeed in the technical part of the job description. And catering just didn’t click with me for the long term. As important as knowing what you do want to do is understanding what you don’t want to do or just aren’t cut out for.

‣ Having a long-term goal, or a set of goals, is outstanding. It’s great to have something you’re shooting for, an idea of what your ideal job will be, what you want to accomplish in the course of your career. It provides much-needed motivation and inspires you to stretch and grow to try to meet those goals. But don’t let those goals become blinders, blocking out the unexpected doorways that present themselves along the way. If you believe right now that you know exactly what you should be doing for your career and that’s all you care about, you’ll be missing out on countless other opportunities you just don’t know about yet. I highly recommend you keep an open mind and, as noted earlier, engage with folks. Getting outside the little bubble of our own ideas and perspectives opens up a much broader world of opportunities.

‣ Oh, and if you haven’t heard by now — the food business is not one that’s cranking out a lot of millionaires. Certainly some entrepreneurs in the business do well, there are a handful of cookbook authors that are mega-sellers, some consultants bring in top dollar and of course there’s that perennial modern-day (supposed) yardstick for success: the television cooking show. Some folks do well, very well. But by percentages, being a food professional is never going to be on the list of top ten most lucrative career paths. But you want to talk about quality of life? Creative outlets, personal satisfaction, gratification in working with others and just plain delicious ways to spend your time? It hardly gets better. If you’ve got dollars on your mind and you’re imagining this career will fund a life of caviar and champagne, I recommend you look elsewhere. It’s more likely to be outstanding craft beer and delicious burgers, which in my book is much more satisfying anyway.