“What’s the deal?” a number of people have been asking me lately. “Isn’t there something about not eating oysters in the summer?”

The truth in the “don’t eat oysters in the months without an ‘R'” relates in part to the basic biology of oysters. When summer brings along an increase in water temperature, it induces natural oysters to spawn. These oysters aren’t harmful to eat during spawning season. It’s just that after expending all that energy on reproduction, they simply have softer, thinner meat that’s not nearly as pleasing as most oyster lovers are hoping for. (And I trust, too, that part of the practice stemmed from the simple fact that years ago summer months proved challenging for keeping oysters fresh in transit.)

That began changing a few decades ago, with a new advance in oystering that has removed the spawning equation from the calendar for a great many oysters being raised. This is particularly true for the half-shell market, in which the soft flabbiness of those spawn-spent oysters is particularly noticeable. This article from The Atlantic goes into 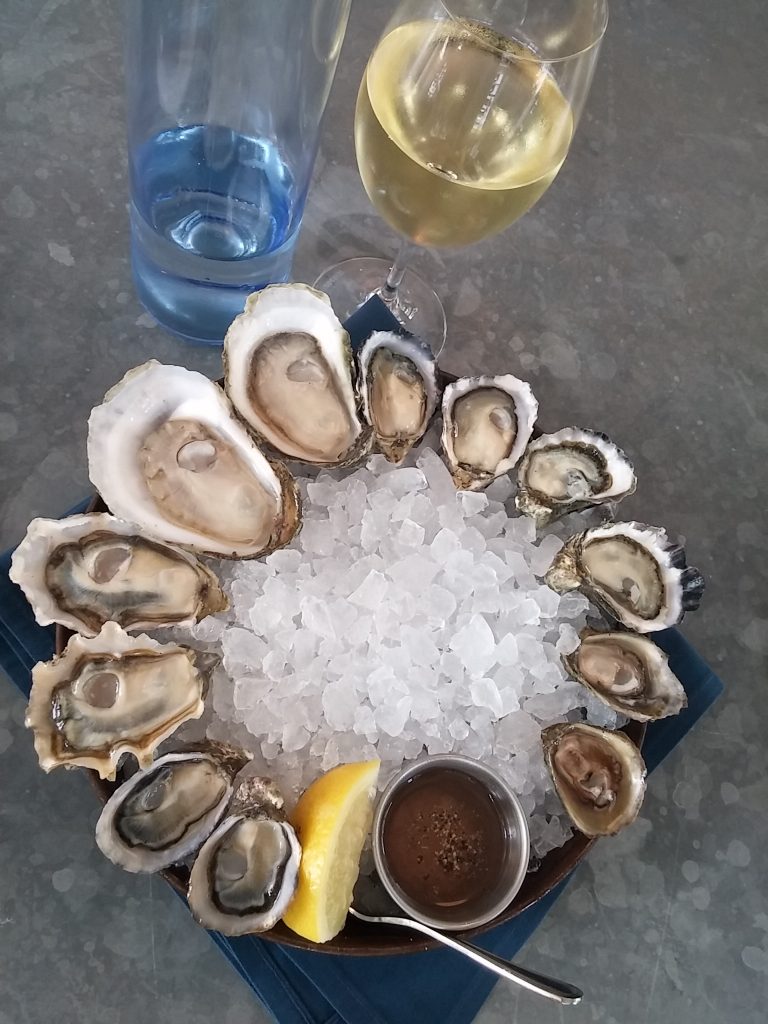 good detail if you want to know more nitty-gritty details (part of which made me realize how little I retained from high school biology classes). But in a nutshell: traditional oysters, like us, are diploid–with two sets of chromosomes. By introducing an extra set of chromosomes into oysters, making them triploid, they are rendered essentially infertile. So summer’s slight increase in water temperature comes and goes and they remain plump and crisp. Triploids are being widely grown by oyster farmers today. Though diploids are definitely still in production too, during colder months and in waters that experience less temperature fluctuation.

And just to alleviate any concern that this represents some lab-centric genetic manipulation creating Frankenoysters, this is not a process that involves inserting non-oyster genetic material. It is instead a deftly straightforward finagling of the oyster’s existing make-up. More like a garden hybrid.

Interestingly, as pervasive as this avoid-summertime-oysters tale may be, it’s a theory M.F.K. Fisher was already debunking in the early 194os when she released her glorious little volume Consider the Oyster. “People who have broken the rule and been able to buy oysters in the forbidden months,” she writes, “say that they are the most delicious then, full and flavorsome.” She goes on to point out that “They should be served colder than in the winter, and eaten at the far end of a stifling day, in an almost empty chophouse with a thin cold Alsatian wine….”

So there, let that doubly set our minds at ease. Summer can, indeed, be a glorious time to slurp oysters. A little tip of your wineglass to the spirit of M.F.K. Fisher joining you in the treat makes the moment even sweeter.